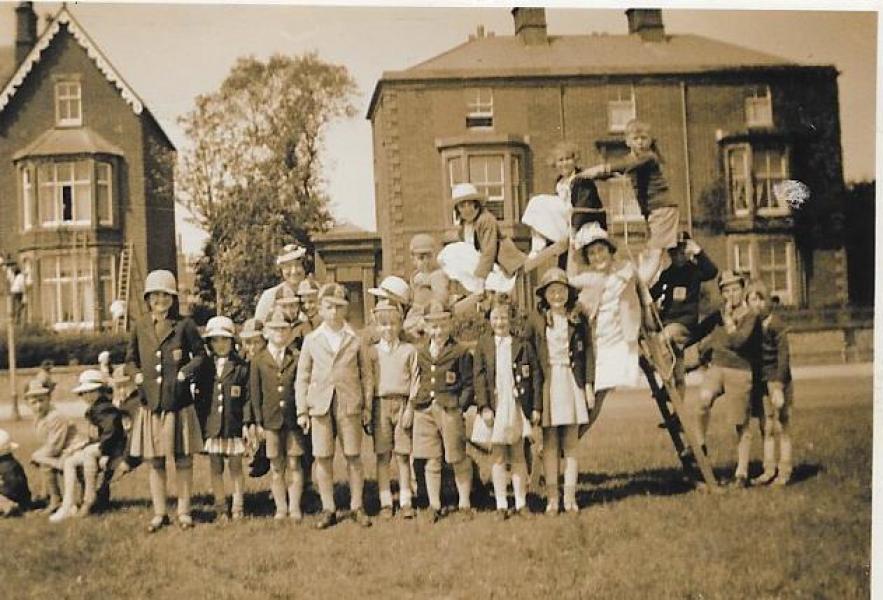 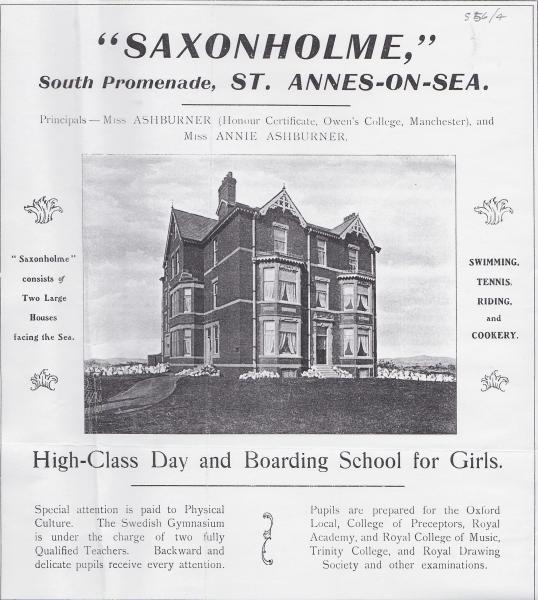 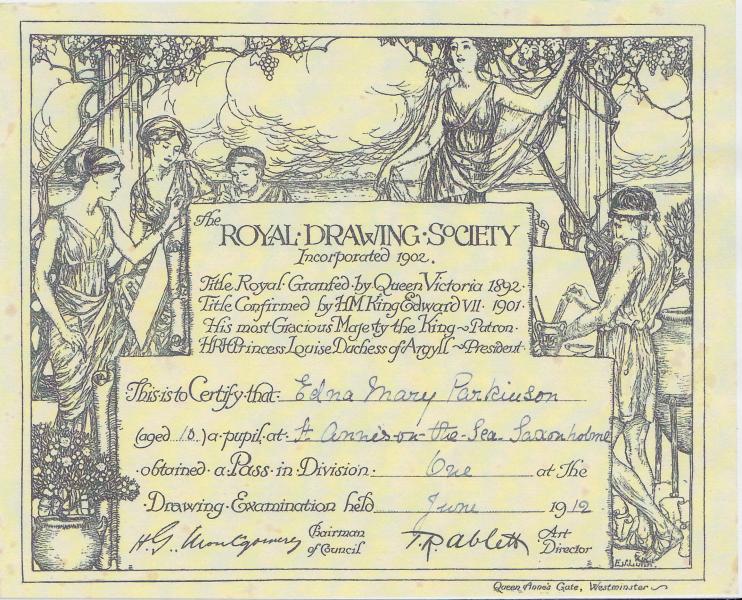 As well as the well-known Church and Council schools, and the formerly Direct Grant secondary schools, King Edward VII School and Queen Mary School, there was a large number of small private schools in Lytham and St Anne's, over the years amounting to more than seventy schools. These were originally in private houses in the 19th century, with only a few pupils, but later larger establishments, both day and boarding schools, were founded to cater for the children of wealthier parents from industrial Lancashire and Yorkshire, and even farther afield, who valued the advantages of the healthy sea air.

An example of a primary school was The School in the Sun, which was located at 18 West Beach. It was founded in the 1930s by T Wray and Edith Milne, and one of its selling points, apart from its sea-front location, was the glass in its south-facing windows. These were glazed with Vitaglass, a 1920s invention which admitted the beneficial, therapeutic ultraviolet spectrum, in order to ‘let health into the building’ where ordinary soda-lime glass had blocked it out. The classrooms were in the front rooms of each of the three floors, and the Milnes’s and their housekeeper, Miss Le Mesurier, lived in the rear rooms of the house. The lack of outdoor space was amply compensated for by the Green across the road, for play-times, and Lowther Gardens for rounders. Gym lessons were held in the Hewitt Lecture Room behind the library, and swimming lessons in the Baths in Dicconson Terrace.

Saxonholme School was a Boarding and Day School for Girls which included an Upper School, originally founded in 1895 in St Anne’s Road West, later moving to the corner of South Promenade and Derbe Road, under the direction of the two Misses Ashburner. Much emphasis was placed in their advertisements on Music, Art, Physical Culture, swimming and life-saving, and dancing, although ‘pupils can be prepared for any public examinations’ which presumably covered other more mundane school subjects. In the 1930s it was amalgamated with St Anne’s College for Girls in its purpose-built premises on Clifton Drive.