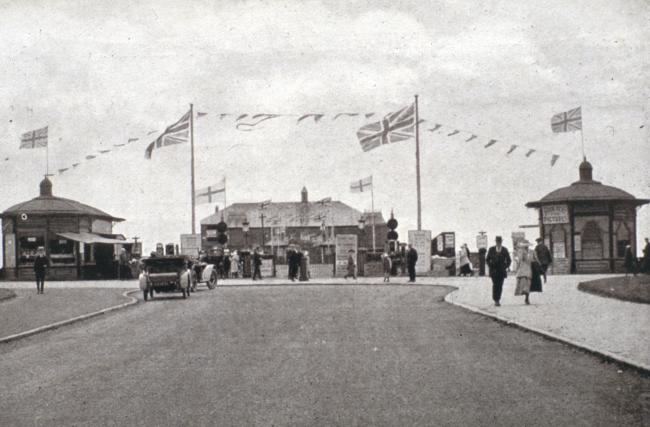 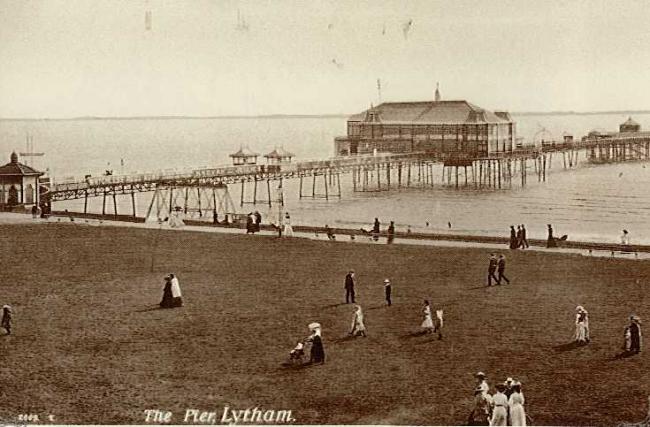 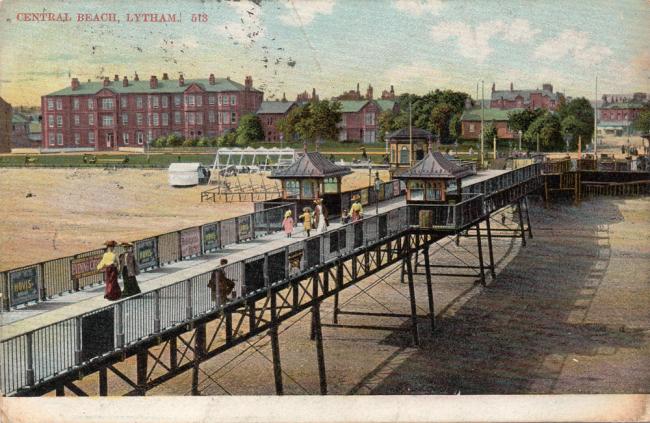 The Pier, which was designed by Eugenius Birch as the first pleasure attraction in Lytham, was opened by Lady Eleanor Cecily Clifton on 17 April 1865. It was 914 feet long and with continuous seating and gas lighting all along its deck. At first there was only a lounge and waiting room at the pier-head, to serve the passengers for the pleasure steamers docking there, but in 1892, at a cost of £12,000, the Pavilion was built half way along the deck.

In 1895 the Pier Company collapsed, but when it re-formed it enlarged the Pavilion in 1901 and converted the bandstand at the pier-head into the Floral Hall.

In 1903, a storm sent two steel-hulled barges away from their mooring and crashing through the pier. These two sand barges were owned by Preston Navigation Company who paid for the £1,400 repair bill, following a court case.

The pier fell into disrepair following a fire in 1928 when the pavilion was burnt out. 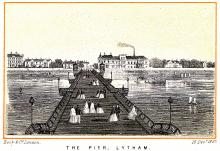