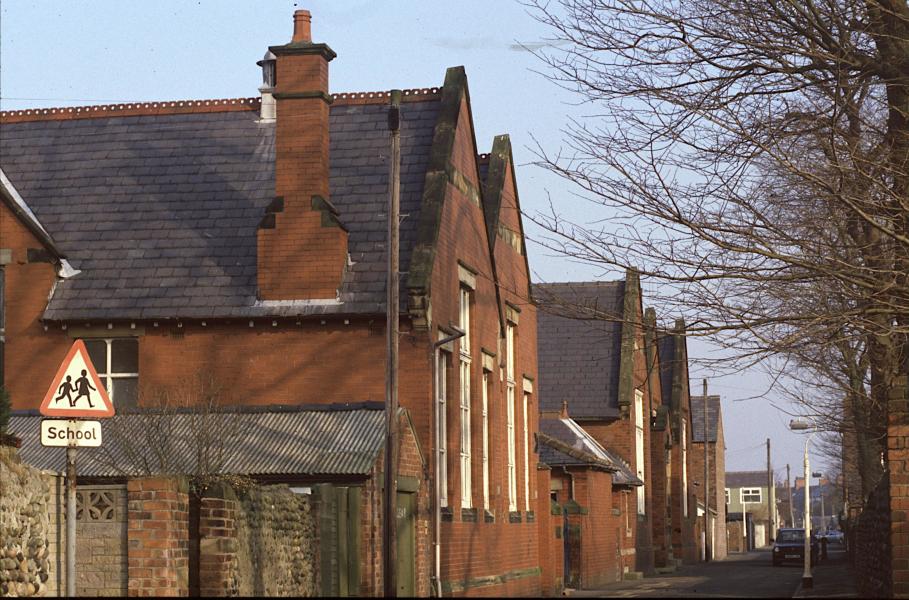 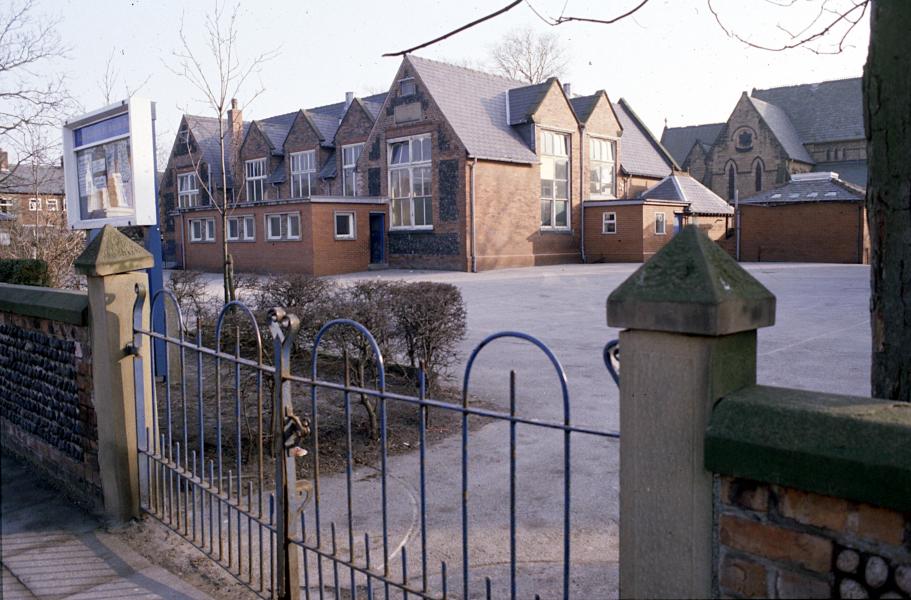 The original school was erected on a site given by Mr. Clifton and enrolled in Chancery on 11th. June 1851. This was under the authority of the Schools Act, to the Minister and Churchwardens of St. John’s. The stone tablet which stood above the school door had the following inscription-

“These schools were erected by contributions from the inhabitants of Lytham and other friends aided by grants from the Committee of Council on Education and the National Society”.

The funds raised provided an area of 8 square feet per scholar. There were three rooms, one for the Infants,one for the mixed department and a small room only 10 ft high. Miss Bardsley was the Headmistress and in 1862 the school had good reports from the Inspectors, despite many absences reported in the register for such activities as shrimp picking, potato planting, a ship wreck or ‘shoot’ or even a visit from the circus.There was even a day off on the occasion of the opening of the Lowther Gardens.

In 1879 it became part of the ‘Lytham Charities’ and £50 was given by them annually until 1863 when this was increased to £100. The Trust attempted to take over the school in 1880 but this was resisted by the people of Lytham, as they wanted it to remain the preserve of the parish of Lytham. By 1894 the school was in need of repair and more discussions took place with a public enquiry in1898 when a Scheme of Administration was published and a body of Managers set up, separated from the Trustees and allotted £450 per annum.

The managers were well known and respected members of the community - Charles Birley of Bartle Hall, Wykeham Clifton of Warton Lodge, Robert Crozier, chemist of Park St. Lytham, Thomas and James Fair, agents of the Clifton Estate, Dr. Luke Fisher, first physician of Lytham Hospital, Edward Mellor and James Needham from Lytham, Thomas Miller of Singleton Park and James Parkinson of Moss Hall Farm. In 1899 the School was enlarged, £1000 being  provided by the Trustees and a further £730 raised by the congregation and friends of St.John’s. Very soon the old Master’s House was demolished to provide a new building for the Infant Department, which was opened in 1913 at a cost of £2700. Nos. 22 and 24 Warton Street were purchased for £700 and eventually demolished for the sum of £60. The Architect, Mr.T.C.Grimble, was paid 105 guineas and the school itself, built by W.J.Cartmell cost over £1750. The new heating system cost £50 and the playground £35. Consideration had to be given to the erection of new premises and consequently the new School on Park View Road was built in 1977.The old buildings were demolished and their former site is now occupied by sheltered accommodation – St. John’s Court. The church thus lost its former accommodation for Sunday School and other activities, but the new School is a very happy place with excellent facilities. More recent heads of the school have been Mr.Hinchcliffe, Mr. J. Barker, Mr. Shone and Mr. Michael Eatough.