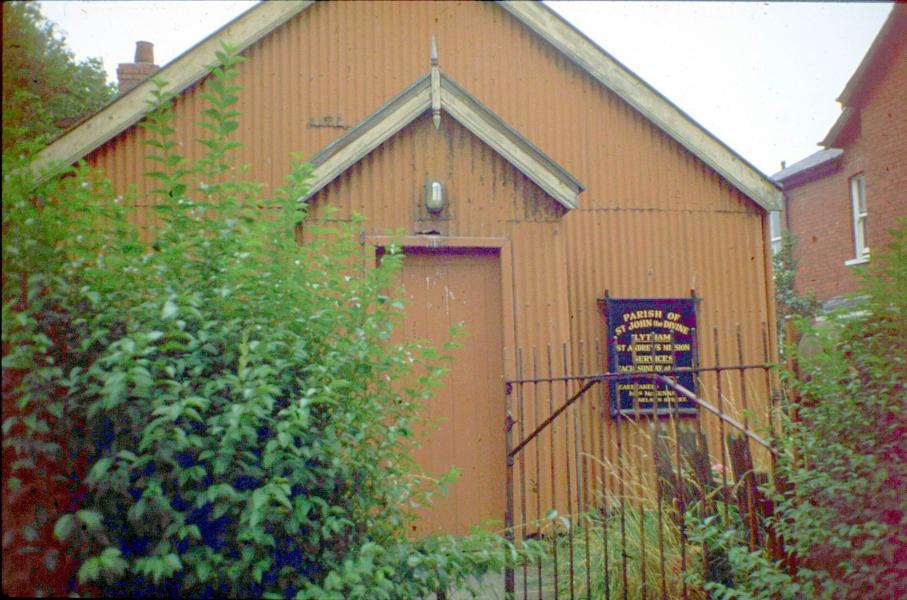 It was founded in 1900 and closed in 1986. This was a mission church belonging to St John's

Little is known of the beginnings of St. Andrew’s Mission except that it was built in the time of the vicariate of the Revd. J. Gilbertson-Pritchard with the help of a Mr. Cornford of Mythop. The building was provided to form a place of worship for people who lived on the outskirts of the parish around Saltcotes and beyond. The outer construction was of corrugated iron with an inner wooden lining, the site being leased to the Church by Mr.John Talbot Clifton for a peppercorn rent. The hall measured 50 feet by 20 feet and there were anterooms in addition so that it could actually accommodate up to 100people. The entrance porch had a turret containing an old ship’s bell. The earliest record of it to be found was a Fire Insurance policy dated 1901 for£200 on the building plus another £50 for the furnishings.

The services were taken by the clergy and curate and later, by Church Army officers and Lay Readers. There was also a Sunday School whose banner was dedicated in 1932. It can be still seen inside the church. The building was used as a centre for evacuees from the Manchester area at the start of the 1939 war and then used as a school for them. For many years until its closure it was used as the meeting place for St. John’s Women's Tuesday Circle Group. The site was sold in 1986, after protracted negotiations and became the site of four flats standing in Victoria St. behind Lytham Hospital. 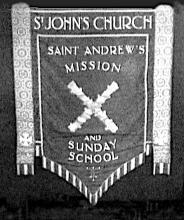