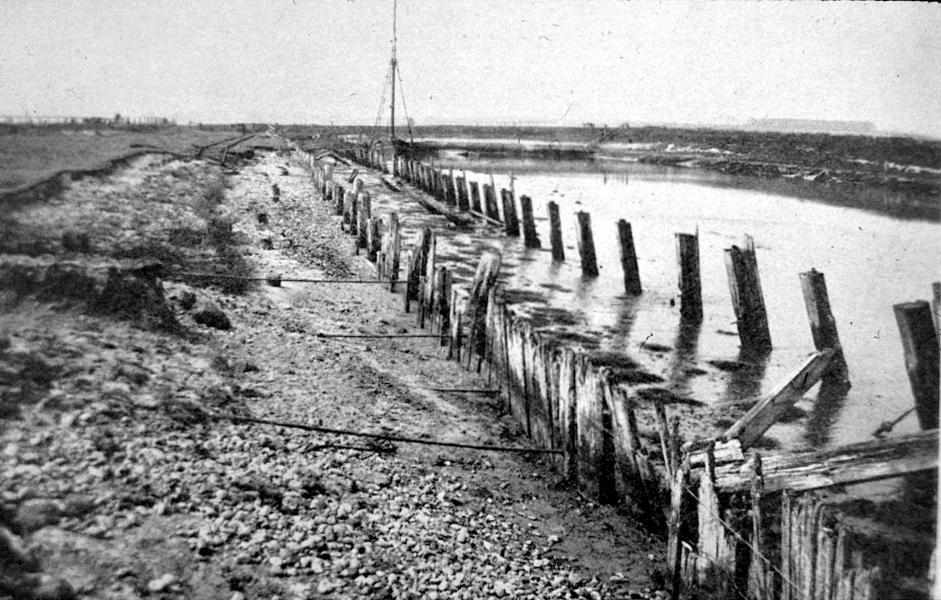 In 1841, an arrangement was arranged between the Ribble Navigation Company's directors and Thomas Clifton, for the making of a dock and wharves at Lytham pool. In Mr. Clifton’s cash books from April 3rd, 1841, paid to October 29 1842 appear 19 items covering a sum of £2,466 paid to Thornborrow, Howarth and Parsons for contract of construction Lytham Docks and embankments. In 1842 the dock and wharf at Lytham were satisfactorily completed, and the year after, the Ribble Navigation Company reported that the Dock at Lytham had been found very convenient and useful as a place of safety for vessels obliged to stop there. They reported that the dock would afford a safe harbour and anchorage for vessels of a large tonnage, whilst waiting for the tide to bring them up to Preston, or for a favourable wind to put out to sea, and would afford an inducement for foreign vessels of a large class to enter the Ribble, which they might then do with safety and be no longer exposed to damage arising from having to lay up on an open beach. The wharves would afford a depot for coals to supply vessels at all times with an outward bound cargo.

On the 16th February, 1846, the new railway line connecting the popular resort of Lytham with the Preston and Wyre Railway was opened. About this period and indeed for many years afterwards Lytham was often prefixed by the adjective “popular”. Whilst the railway was building it was decided to erect a pier and a branch railway to run on to the docks. This railway was known as the Lytham Harbour and Docks Branch Line, and was built under an act of Parliament dated 1845. It left the Kirkham-Lytham near where the Warton signal-box, or somewhere about the spot where the 1924 railway accident occurred, ran along the brook and across Preston Road near where the new bridge was built in 1939.

A year or two later, cranes were put down on the quay side, and tips and turntables, so that vessels, when there was not sufficient to Preston, could discharge their cargoes from the ship direct into wagons. The railway had to pass through the embankment over the culverts, which took the stream under the road on its way way to the quay at Lytham Dock, and to enable it to do so, a pair of wooden vertically-hung gates were inserted in the cop.

The construction of the training walls by the Ribble Navigation Company sealed the doom of Lytham's Docks, and as the river up to Preston was gradually made more and more navigable, the Docks were used less and less until about 1885 when they ceased altogether. And with the closing of the Docks came the closing of the Lytham Harbour and Docks branch line, although an engine ran along the line once a year for many years afterwards, to claim the right of way.